Let me preface this post by saying that I was incredibly proud of my DIY Bridesmaid Boxes, but I hate to admit that Stephen blew me out of the water with his DIY Groomsmen Boxes. I don’t actually mind admitting that because I craft all the time and tend not to perfect things as much as I used to. However, Stephen crafts maybe 3-4 times per year, and when he does, he absolutely nails what he’s doing.

He decided to make Groomsmen Survival Kits for his groomsmen proposals, which I thought was a phenomenal idea. He took into account each one of his groomsmen’s tastes and styles and his style and meshed them into a box.

So, let’s get right into it. This post is going to be very photo-heavy since those are some photogenic boxes.

Stephen started with these wooden boxes from Michaels. (Similar boxes can be found here*,  here*, and here* on Amazon).

To get the effect that he has on the boxes (pictured below), he used a screwdriver to dig grooves into the boxes.

Then, he stained the wooden boxes with a dark stain* and did a very light sanding (200 grit), followed by a heavy sanding with steel wool (#00). Finally, he sanded the middles and sides to give a more worn effect.

I mean, just look at that texture and contrast. The way the dark stain highlights the grains and crevices–just beautiful.

I love all the texture and movement happening in that wood.

Next came my contribution to the project: the stenciling. Since I have my favorite crafting tool on hand, the Silhouette Portrait*, I made Stephen’s vision for the top of his box come to life. The Portrait allows you to design a stencil in their software and then cut it out on a medium of your choosing (we used vinyl for this project). After searching for the perfect font (Stencil Cargo Army) and finding an outline of a skull and bow tie that he liked, I designed the stencil in Photoshop and imported it into the Silhouette software.

After it was cut, I stenciled the tops of the boxes with white paint.

Even though I was the one operating the Portrait, Stephen still gets all of the credit for this design. He told me which font to use, gave the “OK” on the skull and bow tie, and even sent me through a few rounds of edits before I even began cutting. He had 100% creativity; I just had the execution.

After the paint from the stencils dried, he sealed/protected the boxes with a matte clear acrylic finish.

Now for the inside of the boxes, which are just as impressive as the outside (if not more impressive). He put a lot of thought into the contents of the boxes and what his groomsmen would need on the day of and after the wedding.

He started by personalizing a flask for each groomsman with their name, their role, and the date of the wedding. Similar flasks can be found here*and here.

Then, he shopped for each of their favorite alcohol in airplane bottle size.

The rest of the contents of the boxes were the same and included: Axe body spray, mouthwash, a cigar, Pepto, Aleve, Vitamin C, and gum. Yep, he crammed a lot into those boxes!

The groomsmen are sure to have everything they need for our big day, and they’ll be smelling awesome too, which is a perk for everyone.

And for my favorite part: the details. I love the ideas that Stephen thought of when it came to actually “popping the question,” so to speak.

First, he framed this on the inside of the top of the box, which he designed in Photoshop:

Then, he designed this “Top Secret” letter for them, which he aged by soaking them in coffee, then letting them dry out.

I really, really love those: especially the section at the bottom that says “Status: Blushing Bride” and “Status: Galant Groom.” So awesome.

Lastly, he found these tags at Michaels that were the perfect finishing touches for the boxes:

I lent my handwriting to the tags, but the answers were all him. I was actually really scared that I was going to mess them up, especially since you can’t erase Sharpie. But, it turns out I did okay!

Here are a few glamor photos of the boxes all put together:

Overall, we were both thrilled with how they turned out. I love how much thought and detail he put into making this process special for his groomsmen. It’s so much fun watching this wedding unfold, and each and every step is another awesome memory that we’re making for ourselves and everyone involved in our wedding. 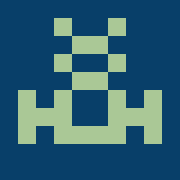 ORGANIC GARDENING 101: MAKING THE MOST OUT OF YOUR BACKYARD

HOW TO CREATE A DIY GLITTER ACCENT WALL

DIY “WILL YOU BE MY BRIDESMAID?” BOX

HOW TO CREATE A DIY GLITTER ACCENT WALL

ORGANIC GARDENING 101: MAKING THE MOST OUT OF YOUR BACKYARD

FROM MIAMI TO MADRID: CREATIVE WAYS TO DISPLAY TRAVEL PHOTOS AT HOME